We’ve all been there — you’re at the office, working through your emails, and you see one come through (with many people included) that really just rubs you the wrong way.  What did they mean by that and why is everyone in the office included? Or maybe, it was an off-hand joke that really was more insulting than funny. What if it was you that sent the email, only to find the person completely misinterpreted what you wrote, and you feel absolutely terrible about it?

Conflicts are often common in the workplace, and there are many ways to go about seeking a resolution – some good, many bad. Oftentimes, people are stressed, and in their “fight or flight”, emotions can get out of hand, and consideration for others falls by the wayside.

Conflict is so much of an everyday thing, in fact, there are teams of professionals that advise on how to work past the issues so you can work together productively.

Actually, they’ve probably increased a bit. I’m sure you can think of something in the past few weeks that could be identified as a conflict between yourself and a coworker. We now have new stressors, and uncertainties on the forefront of our minds that seem to dictate our mood a bit more negatively, lately.

Working remotely can exacerbate certain problems we were already having in the office, such as feeling unheard, or frustrated from a lack of direct communication about project changes, or even having too many interruptions at our desk for us to feel like we could actually accomplish anything.

Those issues don’t just disappear because our physical workspace has changed.

But now, instead of being able to have in person face-to-face conversations, and gauge non-verbal cues during resolution, we are left to using typed words, with no context for emotion, or at best, a video call where you can’t actually look into someone’s eyes.

There’s also the added economic and general worry plaguing us that have dominated our concerns, more so than a frank email devoid of manners.

Add in familial and childcare issues that you can’t get away from while everyone is present at home, and you have a mental pressure cooker going, ready to explode at the next available target, whether they deserved it or not.

People handle conflict in many different ways, and some implode, rather than taking it out on others. Many people tend to shut down, reducing their interactions with others, and possibly even going silent in online communication channels. They tend to absorb the issue, instead of speaking with their manager, or whomever is involved to get the issue resolved. This isn’t necessarily any better, due to the fact it’s still out in the open with no resolution.

Handling the problem and dealing with it in a professional manner clears the air and allows parties to resume work with a focused mind on the task at hand.

So, what can you do if there is conflict in the virtual workplace?

The short answer is, it really depends on what’s going on, but there are still a variety of avenues one can take to get it taken care of promptly, instead of letting it stew.

First, and foremost, you’re never wrong in bringing it to attention. The most commonly advised answer is to speak to the person directly, even if it’s on the phone and you can’t have a face to face.

Whether you are using a mediator, or working with the individual directly, there are some key components to keep in mind that tend to lend themselves to a successful resolution.

Removing words like “you” and not blaming the person directly helps them to feel less threatened. Also, make sure you provide a means for dialogue, and truly listen to what the other person is saying – you can really learn a lot in terms of working well with this individual in the future. It’s important, as well, to make a plan to work out the actual issue itself, and follow through with what each party will do to make that happen.

In the end, we’re all under stress, and our current environment or working remotely, is no excuse to enable bad or abusive behavior. However, there’s no reason to shy away from resolution from everyday conflicts we may be having with our coworkers.

Questions You Need To Ask To Keep Your Remote Employees

Growing and nurturing a healthy company culture can be difficult when you only see your team for a few minutes each week.  This can be especially challenging if those moments are hampered with deadlines, challenges, and discontent. But one of the easiest ways to overcome this dilemma with your remote…
ByNicole Le Maire
Distributed Team

Things To Keep In Mind With Global Distributed Teams

Now, more than ever, it’s become easier to work more remotely.  The coronavirus has twisted our arms into submitting to social distancing and succumbing to the demands of the need for as much physical isolation as possible.  With that being said, this has shown many companies that may have had…
ByNicole Le Maire 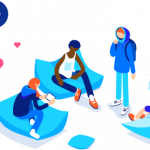 Ways To help Build A feedback Culture With Remote Teams 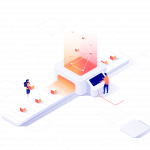