As you saw in our last post, there are many mistakes companies make that can set large projects up to fail before they even begin.  Losing sight of the purpose, the wrong motives and trying to “eat the elephant in one piece”, were just some of the causes discussed, but there may be a variety of reasons big projects never really take off, or just fall apart at the seams half way through. Today, we want to look at ways conducive to allowing those projects to finish successfully.

One of the central themes to pushing projects to completion seems to center around scalability.

Large changes in procedure or additional functionality don’t seem to move well as a whole piece. We’ve literally seen this in huge feats of architecture, as well — even the great Egyptian pyramids were assembled in smaller (er, size is relative here…) parts. The same principle applies at your company.

So, without further adieu, here are our 5 Ways to Run Large Projects Efficiently!

These are just a few suggestions, but ultimately, breaking large projects down and allowing teams to fulfill their responsibilities in a way that motivates them can go a long way in pushing projects to completion.

After all, at the end of the day, there’s not many feelings greater than being able to look at an issue you helped to resolve and checking it off the list.

Tips On How To Encourage Employees To Disconnect

Work-life balance is a critical factor in building engaged, productive and committed remote and traditional teams.  If you need your employees to show up and do their best, you must make sure they have adequate space and time to get away from their work and disconnect each day. However, some…
ByNicole Le Maire
Distributed Team

Your boss schedules a big, “all hands” meeting. What could this be about? You walk in and have a seat, a little apprehensive. You nervously ask your colleague if they know anything, but they feel just as clueless. As the meeting begins,however, you find yourself pleasantly surprised. It’s time for…
ByNicole Le Maire 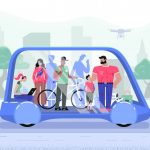 How To Build A Successful Global Remote Work Strategy 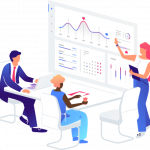